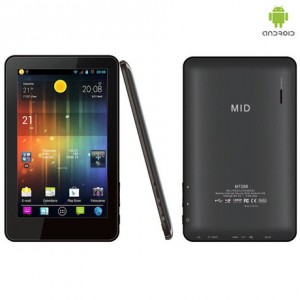 OK, let me preface by saying that I am an Apple person (by that I mean I own an iPhone, iPad, and a MacPro)…and wanted to say that because I know little about this particular product, but right now they’re having some incredible deal where you can score one for only $69.00 right now.  A friend had posted it on their wall and it really looks like an incredible deal (again, just the idea of a $69 tablet).

Now granted it only has a 4GB harddrive (which means you’re going to get less since the OS requires space), but you can use a 32GB micro-SD card and if you’ve been looking for a crazy cheap tablet to play on, or to let the kids play on, this might be an option.

If anyone knows ANYTHING about these, lemme know…